How to Use Google Similar Audiences for Ad Targeting 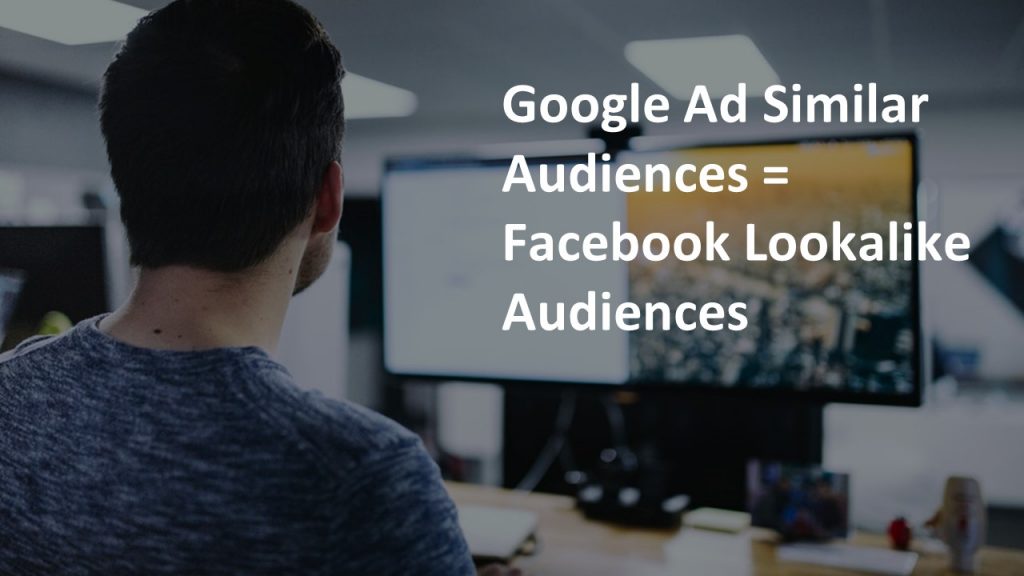 Quick video today, to show you how to use Google Ad Similar Audiences for ad targeting.

First thing to understand, is Google Ad Similar Audiences are very, well, similar to Facebook Lookalike Audiences. There are some subtle differences though that you need to be aware of because I assumed them and was caught off guard.

The three differences is that Google requires a manual upload of your list if you’re going to do a Google Ad Similar Audience to your existing email leads.

The second difference is the filtering of the parameters if you wanna take your lookalike or similar audience of your email leads and then add other targeting.

It’s not as intuitive as one would hope, and the third thing to be aware of is that the uploaded list is a one-time snapshot. You cannot keep refreshing it, using some fancy automation. You’ve got to continually upload any new increments of your email list if that’s something you desire. 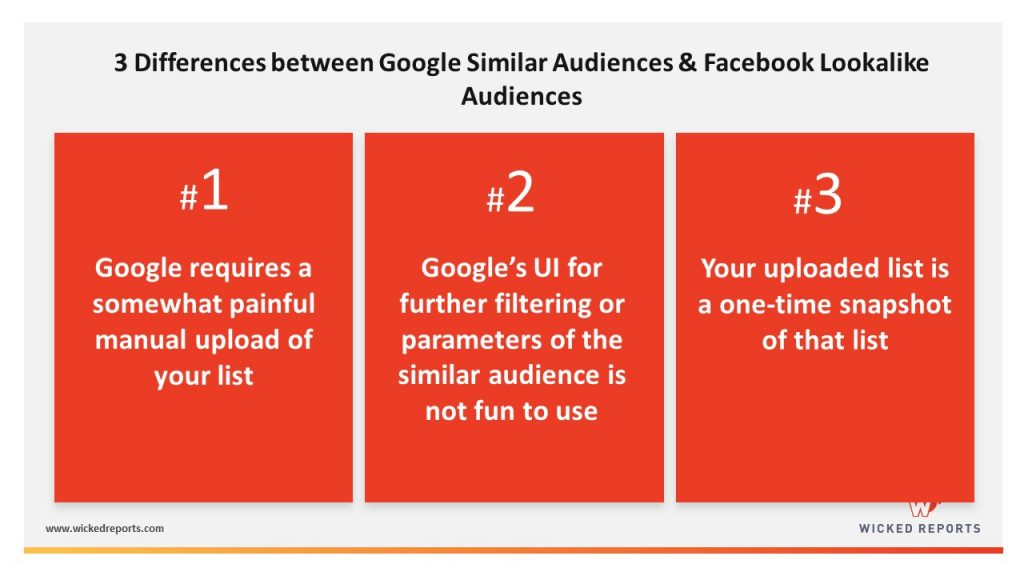 So to use the Similar Audiences, first you’re gonna name the ad group, so you can recall it’s a lookalike. So I put lookalike of email list. As you can see, I had a typo, oh well. Lookalike of email list, October 2nd and then down below an audience, how they have interacted. ‘Cause you’ll see in the parenthesis, similar audiences.

Then you get to pick your similar audience listening type, which then will show you your similar list options 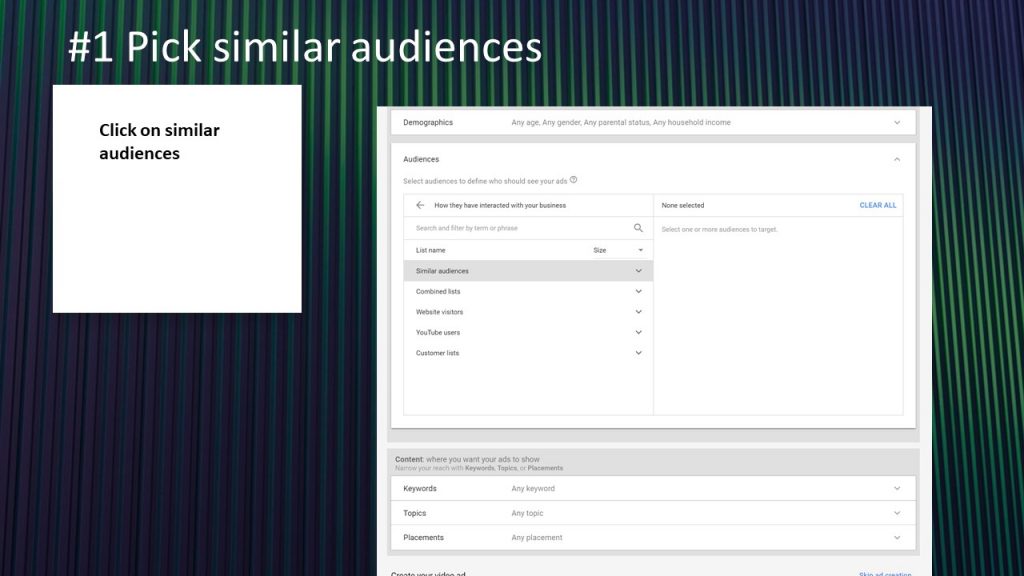 So these get populated in a lot of different ways. Now you can upload all kinds of different types of things to try to get similarities. But Google has to decide there’s enough similar people and then they’ll you that and give you the option. So you’ll have to first upload your email list, give it a name, which I cover in the previous post on our blog and then select it. 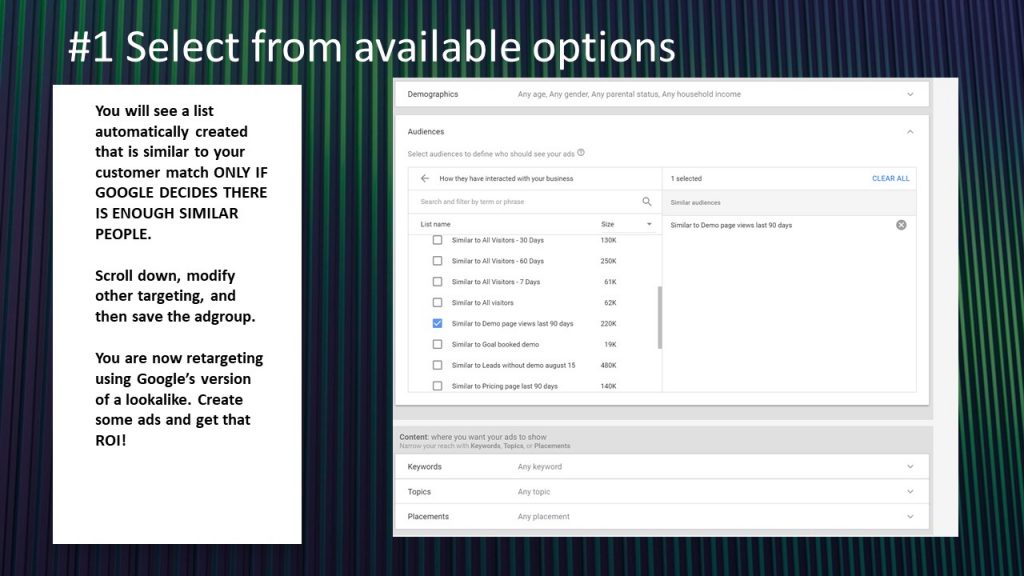 Then, you are now targeting Google’s version of a lookalike. Now you just create some ads and run it against these similar people. So as you can see, that’s pretty easy, now the AI is gonna go to work for you, hopefully get you some nice, juicy ROI. 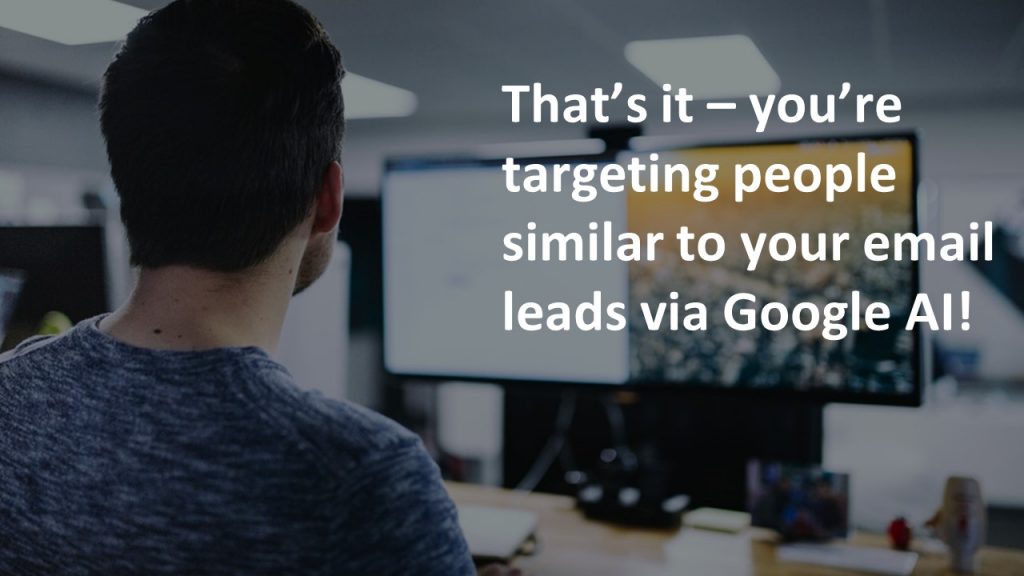 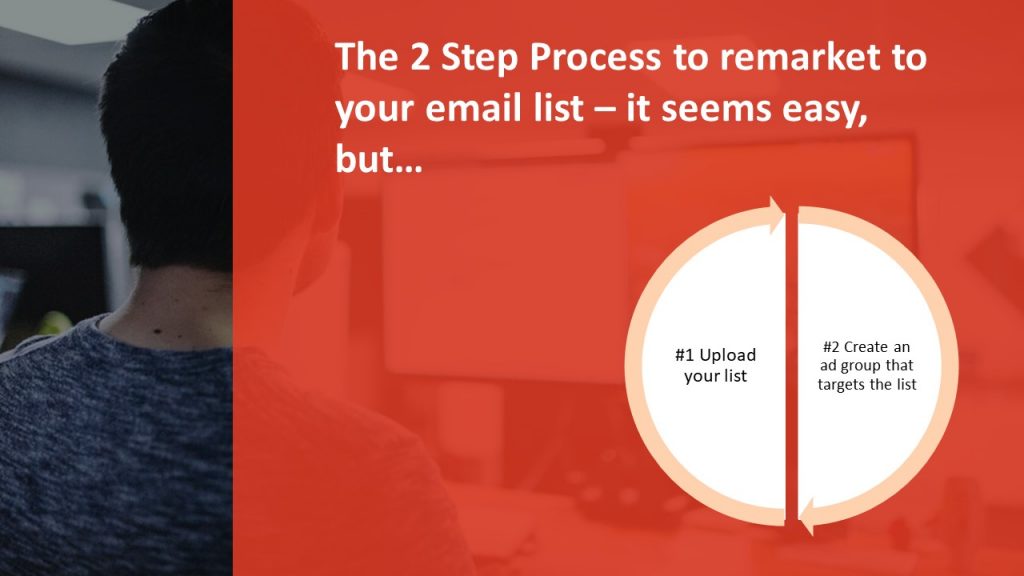 How to Retarget Your Email Leads with Google Ads

How is Wicked Reports’ attribution different from Facebook’s or Google’s?