Brands spending the most on digital advertising 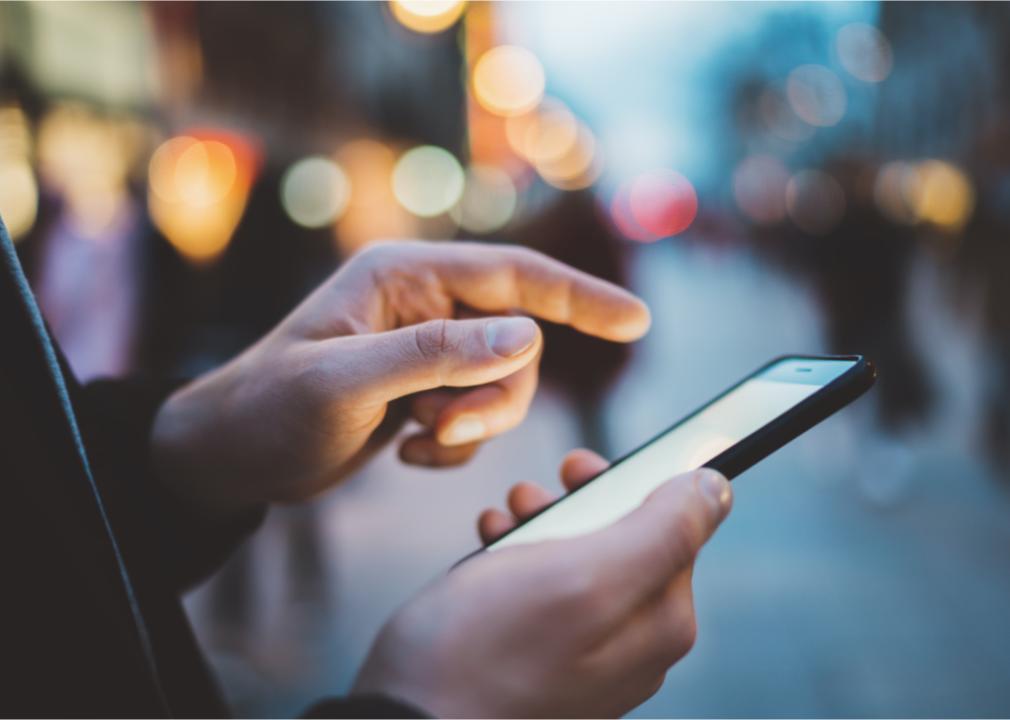 With brands pouring more money than ever before into advertising, it’s easy to understand why we’re inundated with ads on every platform, from the time we're reaching for our phones in the morning to when we’re dozing off to shows on streaming platforms at night.

While it’s no surprise that heavy hitters like Amazon and Walmart have colossal advertising budgets, an emerging industry has propelled advertising money spending to new heights: streaming services. The so-called “streaming wars” have escalated over the past year with the launch of new services like Discovery Plus and Paramount Plus, creating even more competition for subscribers.

Although tracking the amount brands spend on digital advertising isn't an exact science—due to companies’ opacity on where their money goes—it's still possible to identify which direction ad dollars are going based on estimates. Wicked Reports explored how major brands invested in digital ad spending in 2021. This story dives into notable digital ad campaigns and competitive strategies for the 10 brands that had the highest estimated digital ad spend from Jan. 1 to Dec 27, 2021, as reported by Pathmatics based on advertising spend estimates from their analytics platform. 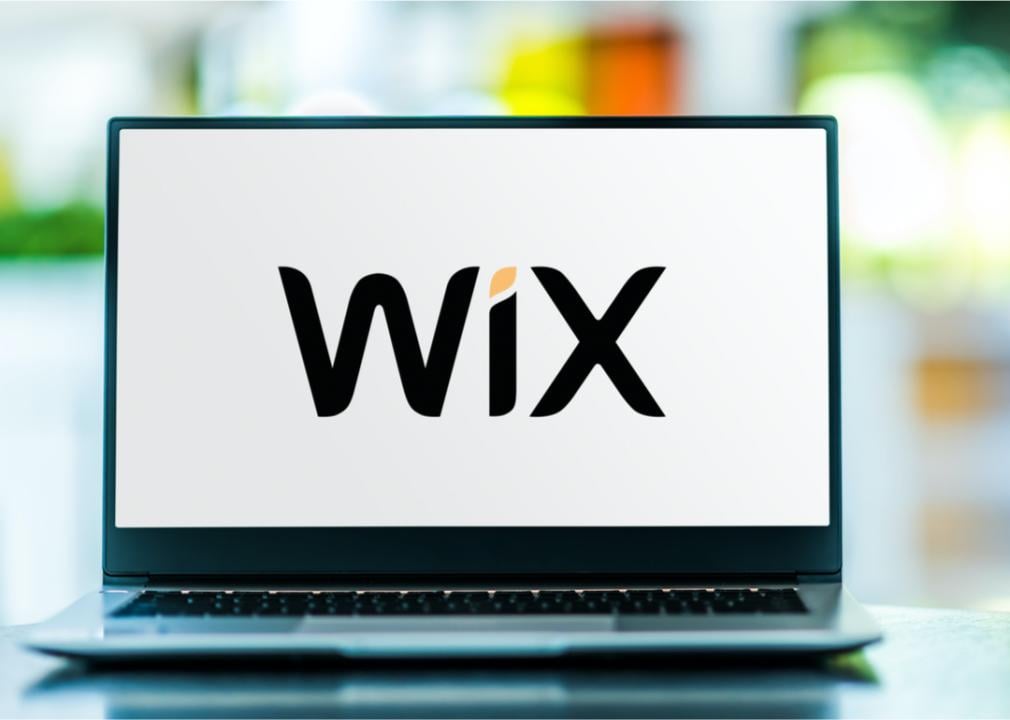 Wix spends heavily on ads to keep its edge over competitors like Squarespace and GoDaddy. But after annoyed viewers on sites like YouTube complained about the frequency of Wix ads, the company changed its strategy. In a 2020 campaign, Wix played off that criticism with ads that humorously listed “Things You’d Rather Do Than Watch Another Wix Ad,” including falling asleep in a tanning bed and getting a pedicure from a parrot. While this campaign was largely successful in positively shifting viewer attitudes, Wix’s advertising has missed the mark with other campaigns.

In 2021, Wix released a series of negative ads targeting competitor WordPress, in which WordPress was personified as a glitching man at the root of a web developer’s mental health issues. This campaign was met with criticism from both WordPress users and the marketing community in general, prompting Wix’s CEO to write an open letter to the head of WordPress that was part-apology and part-doubling down on Wix’s position.

Learn how to get accurate multi touch marketing attribution reports to identify exactly where your leads, subscriptions and customers are coming from. 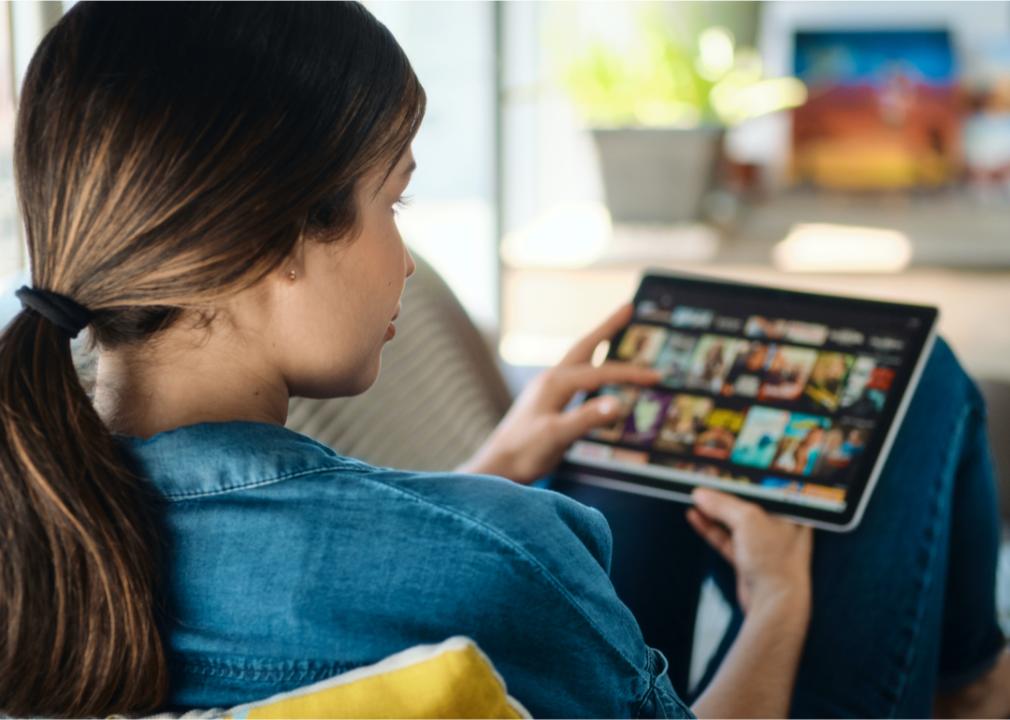 When Discovery Plus launched in 2020, it joined the already-crowded space of established streaming services competing for audiences. Much of the platform’s ad spend focused on differentiating itself from its competitors by emphasizing a focus on reality television. Discovery Plus’ largest campaign was dedicated to advertising its many subsidiaries, including HGTV, Food Network, TLC, and Animal Planet.

As of May 2021, the streaming service was the most-seen brand on TV, according to NextTV.com, with 44.1 billion TV ad impressions across the Discovery Channel and other networks. In May, Discovery completed a $43 billion merger with WarnerMedia, and announced it would be investing a significant sum into original programming for Discovery Plus subscribers. Discovery Plus also teamed up with Verizon to offer customers a free year of the streaming service, a partnership strategy also utilized by Disney Plus. 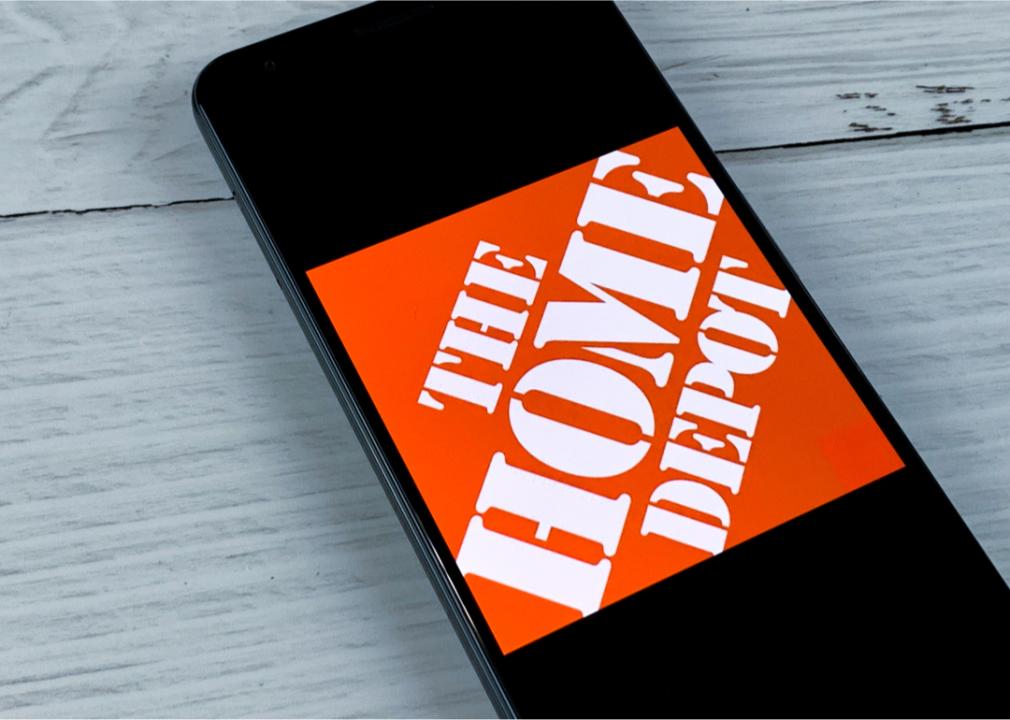 Right before the pandemic shut down many aspects of daily life in March 2020, Home Depot introduced a holiday ad campaign that showcased its new mobile app features. Among these was a feature using image recognition to identify repair parts, and an in-store product locator. The campaign was successful, driving up customer engagement with the app and sparking a surge in sales.

The following holiday season, the home improvement giant took that campaign a step further, partnering with Verizon Media to create an immersive augmented reality ad experience where viewers could simulate placing holiday decor in their homes using the camera feature. Home Depot also capitalized on the surge of interest around DIY projects brought on by the pandemic, pushing its new slogan, “How Doers Get More Done.” 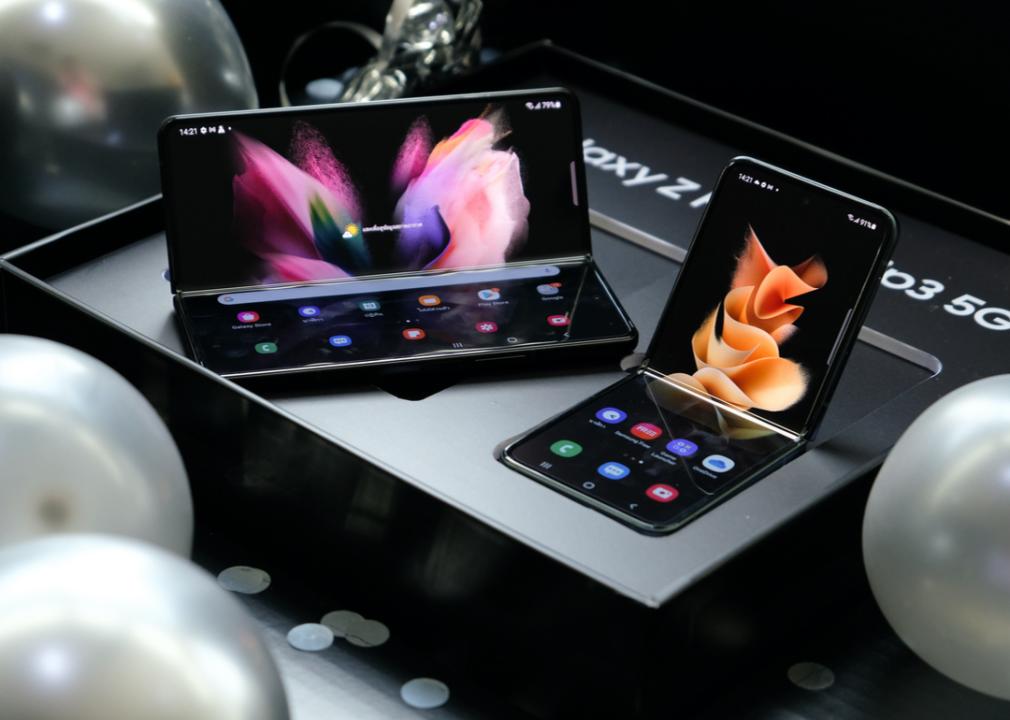 In early 2022, Samsung created a new campaign for their “Galaxy for the Planet” initiative with the popular K-pop group BTS. The boy band alluded to Bob Dylan’s “Subterranean Homesick Blues” music video by holding up cue cards bearing the sustainability campaign’s messages. The ad coincided with the launch of Samsung’s new line of Galaxy phones and tablets that are made using ocean-bound plastics. Samsung is no stranger to using internationally beloved pop stars to market their products; in 2021, the company featured Charli XCX in an ad campaign for its Galaxy Buds2 earbuds. Samsung has also been notably successful in using video ads on Facebook and Instagram to market its products. 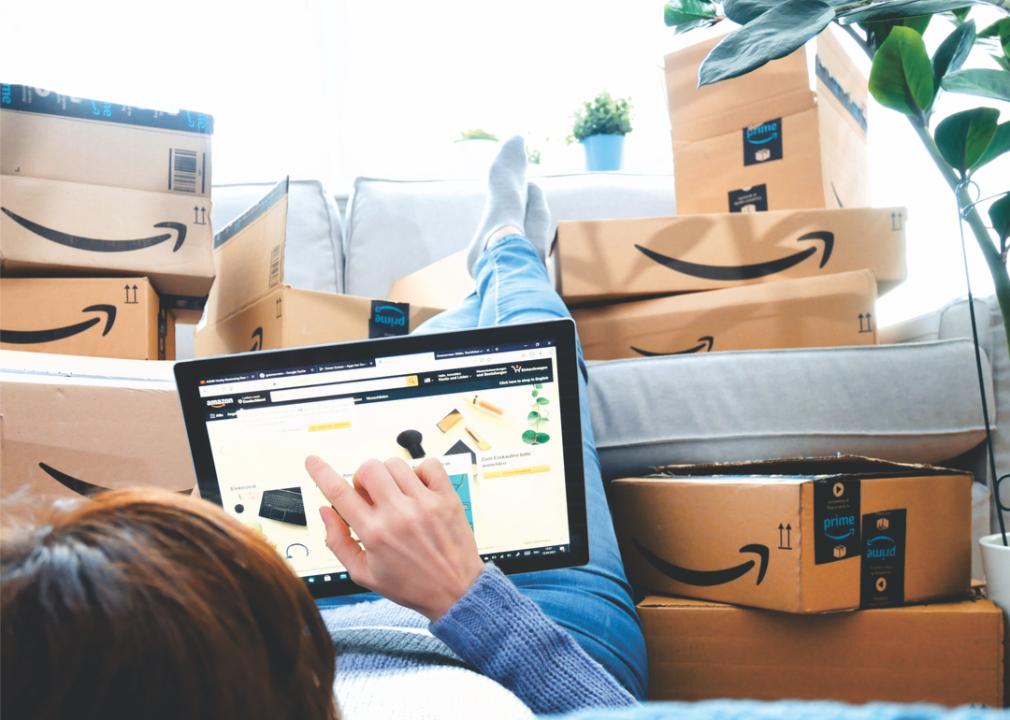 Amazon has a massive advertising business, bringing in $31.2 billion in ad sales in 2021. But the company is also estimated to be the biggest advertiser in history, with its ad spend totaling roughly $16.9 billion. Amazon has brought in star power to market its products, like its Superbowl ad for Alexa. The ad starred real-life couple Scarlett Johansson and Colin Jost, envisioning a world in which Alexa could read their minds.

It’s speculated that much of Amazon’s ad spending goes toward sponsored searches, television ads, and third-party customer referrals. Amazon is well-known for its enormous spending on search engine marketing—ensuring their products come up first whenever someone searches online for products or brands. 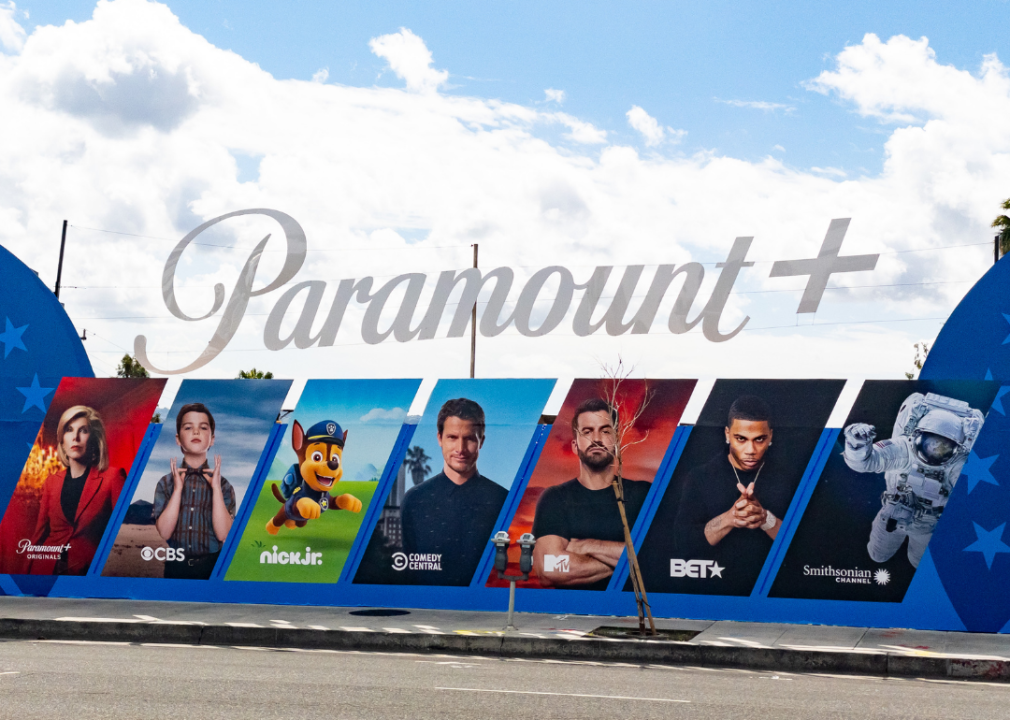 One of the newer streaming services to join the fray, ViacomCBS’s Paramount Plus launched in 2021 as a rebrand of CBS All Access. Beginning with Superbowl LV, the company leveraged its many brands—including CBS, MTV, Nickelodeon, and Comedy Central—to jointly advertise the new streaming service’s many offerings in a coordinated, 13-week long campaign.

The pinnacle of the launch was the “mountain of entertainment” ad, which featured 40 characters from across CBS’s brands coming together at the peak of Paramount Mountain. Reportedly, this ad took over 12 shoots in three countries to put together. Leading up to the launch, Paramount Plus outspent competitors like HBO Max, Peacock, and Discovery Plus. 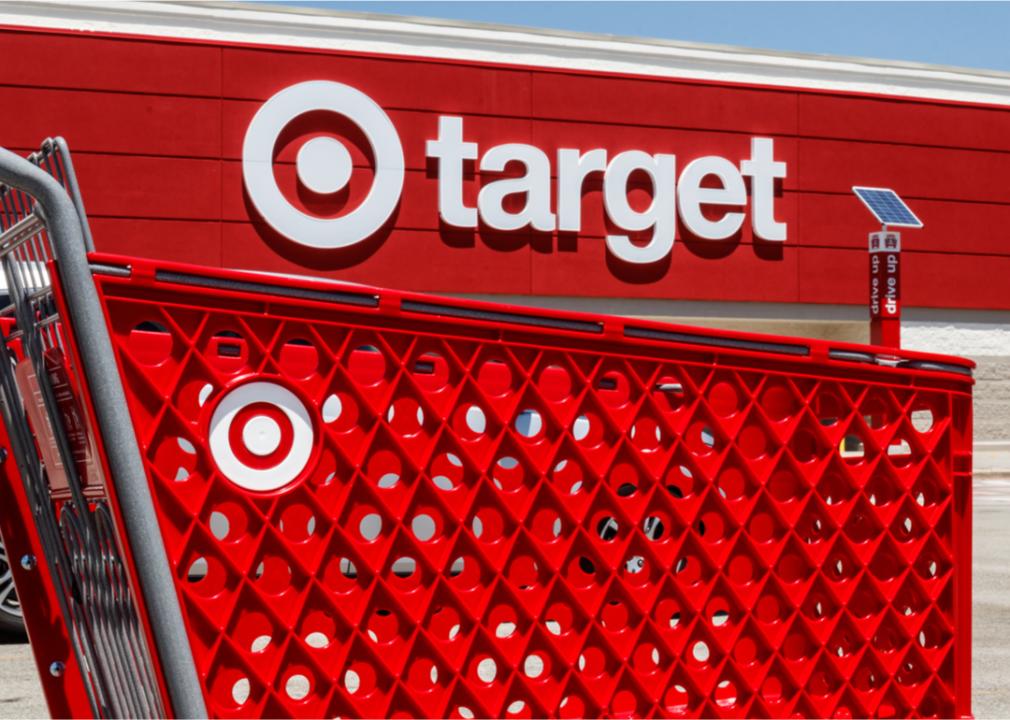 Target rolled out a new slogan in its 2021 “What We Value Shouldn’t Cost More” campaign. This was a rebrand from the long-standing slogan of “Expect More. Pay Less.” The new ads emphasized a diverse customer base with inspirational and inclusive messaging. The company’s holiday campaign showed racially and religiously diverse families celebrating the holidays in different ways. To create the campaign, Target teamed up with women-owned production companies Little Minx and Merman, in order to highlight a “commitment to diversity and inclusivity.” 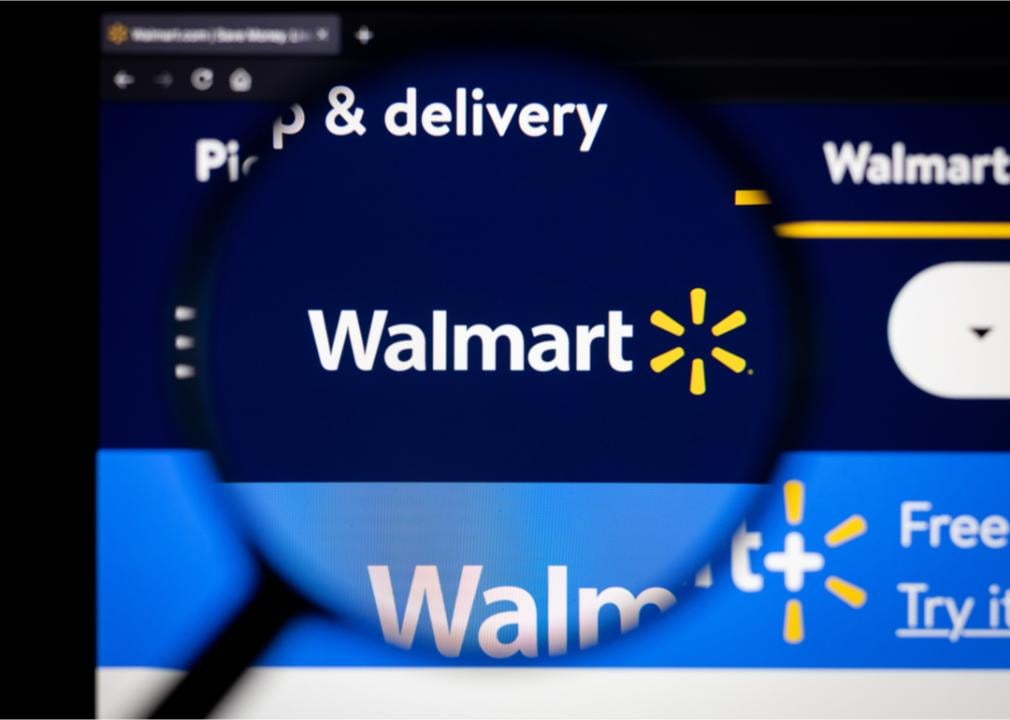 Launched in 2020 as an answer to Amazon Prime, Walmart+ is a service that offers free same-day delivery, free grocery delivery, gas discounts, and other perks. Though the company has avoided directly comparing itself to Amazon Prime, Walmart+ offers many of the same features. The launch was announced with a one-minute, documentary-style video that featured 22 real families. Compiled using over 100 hours of unscripted footage of the families, the ad touted “a different kind of membership,” emphasizing the convenience of Walmart+ and how it would enable families to spend more time together. In early 2022, Walmart incentivized buying a Walmart+ membership by announcing a partnership with Spotify that would give new members access to six free months of Spotify premium. 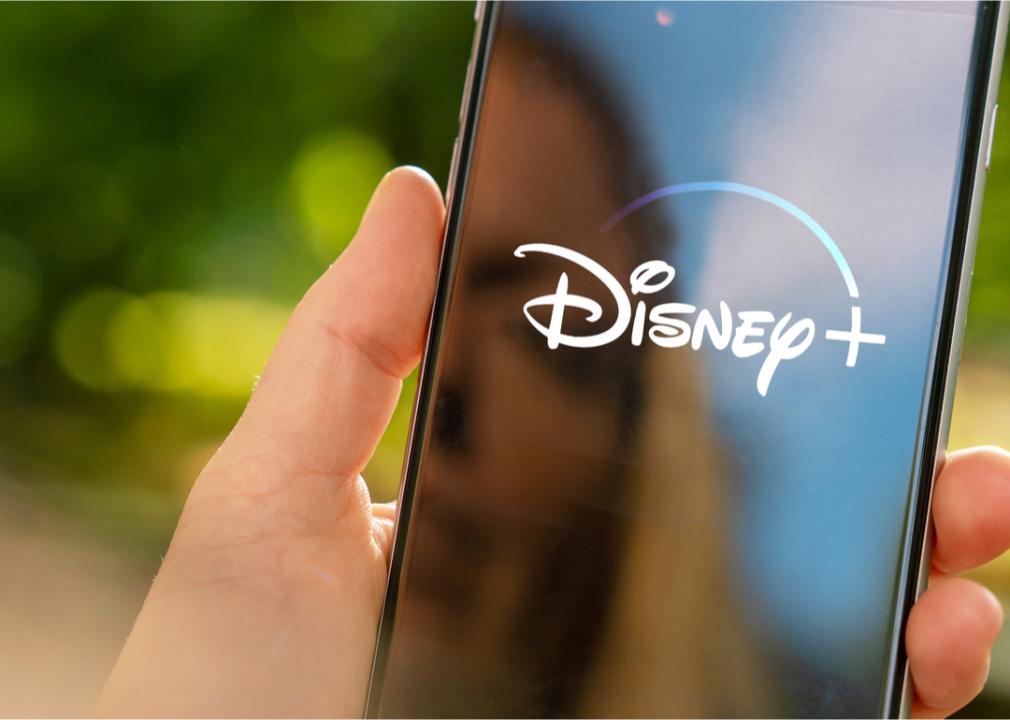 Since launching in 2019, Disney Plus has picked up roughly 130 million subscribers, quickly becoming one of the most popular streaming services, following Netflix and Amazon Prime Video. Part of this success can be attributed to its aggressive marketing campaign in East Asia, which involved offering subscriptions at a highly discounted rate. This enabled Disney Plus to grow quickly internationally, threatening Netflix’s hold on the global market.

A 2022 campaign entitled “Stories You’d Expect + Stories You Wouldn’t” positions Disney Plus as more than just for kids, featuring content like “The Walking Dead,” “The Simpsons,” and “The Kardashians” to attract adult viewers. In 2021, Disney Plus announced a discounted bundle with ESPN Plus and streaming giant Hulu. 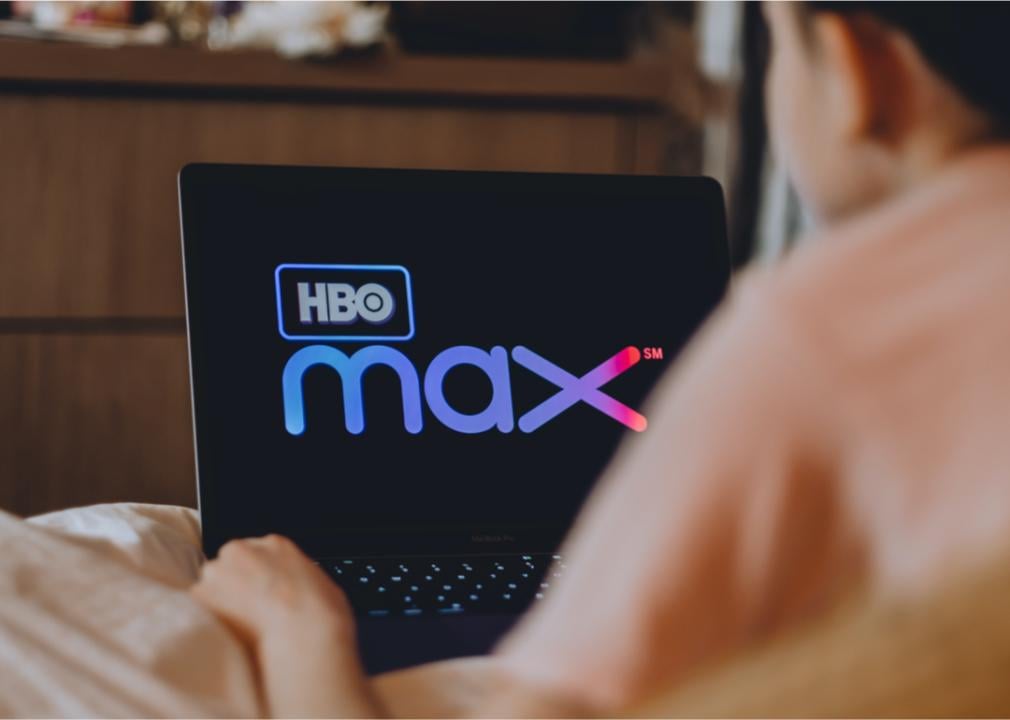 HBO Max has dominated ad spending since launching in May of 2020. Much of HBO Max’s branding has leveraged the powerful draw of nostalgic shows by creating reboots, like the new “Gossip Girl” and the “Sex and the City” movie sequel called “And Just Like That.” The streaming service has also gotten creative with its branding for original shows with cult followings like “Euphoria.” The show’s distinctive makeup and costume looks have taken off on social media platforms like TikTok, and behind-the-scenes deep dives are offered on its popular YouTube channel. In 2021, HBO Max announced a cheaper membership with ads, allowing it to compete with other streaming services with similar tiers, like Hulu and Peacock.